Protect Your Health While You Get Connect!

Quick setup & Easy to use

Harm to the immune function of the body
The percentage of white blood cells phagocytizing bacteria and the number of phagocytic bacteria decrease, and the formation of antibodies is significantly inhibited by people who are exposed to the long-term effects of electromagnetic radiation

Impact on the blood system
It will reduce white blood cells, the formation of red blood cells is inhibited, and reduction in reticular blood cells.

Impact on the cardiovascular system
People who are affected by electromagnetic radiation often have hemodynamic disorders, reduced vascular permeability, and tension

Impact on reproductive system and heredity
There may be a decline in men’s sexual function impotence and also causing woman’s menstrual cycle disorder, disrupting the ovulation process, thus leading women to lose fertility.

Impact on the visual system
It can cause visual fatigue, uncomfortable and dry eye, cataracts, and other phenomena

Impact on the endocrine system
There may be morphological changes in hearing, material metabolism, tissues, and organs, causing them to have adverse effects, and also the possibility of having cancer. 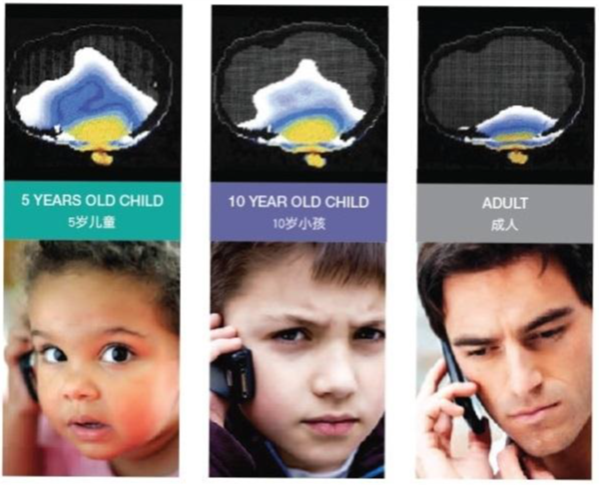 According to research, children are more likely to get affected by mobile phone radiation as their brains absorb 50% more radiation than adults due to their smaller heads and thinner skulls. Potential health risks include brain tumors and impairment of brain development.

Don’t Let Radiation HARM You and Your Family’s Health! 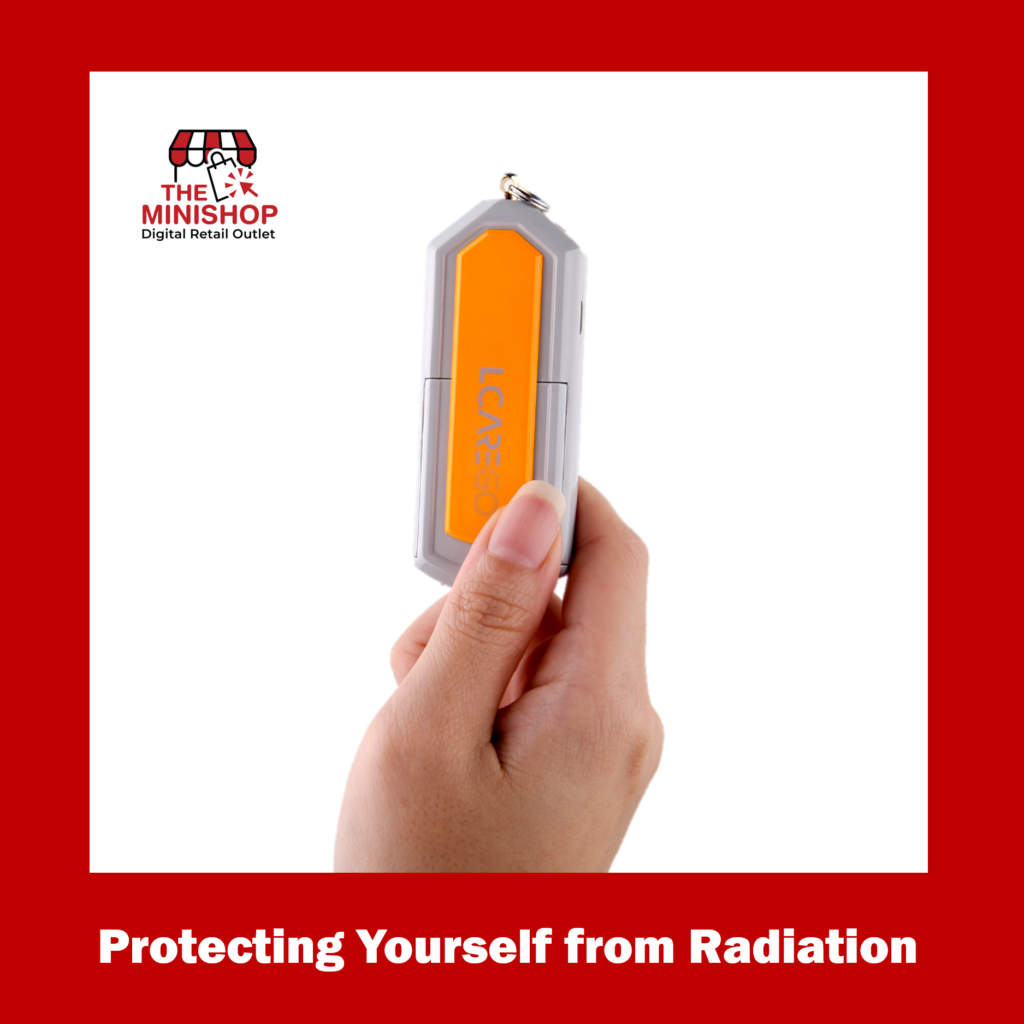 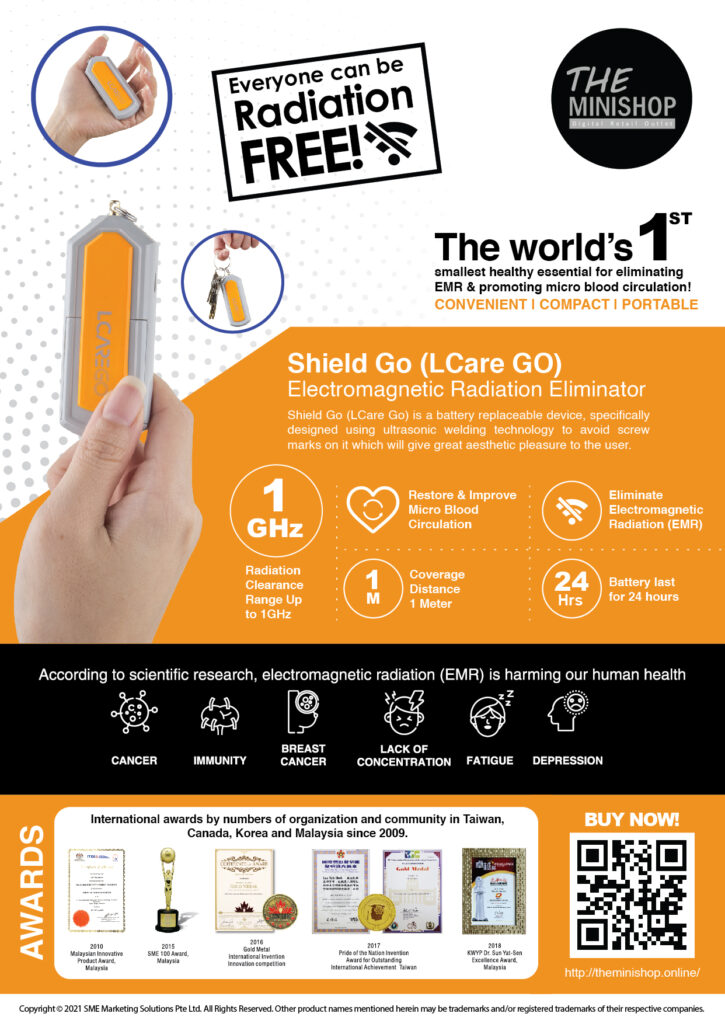 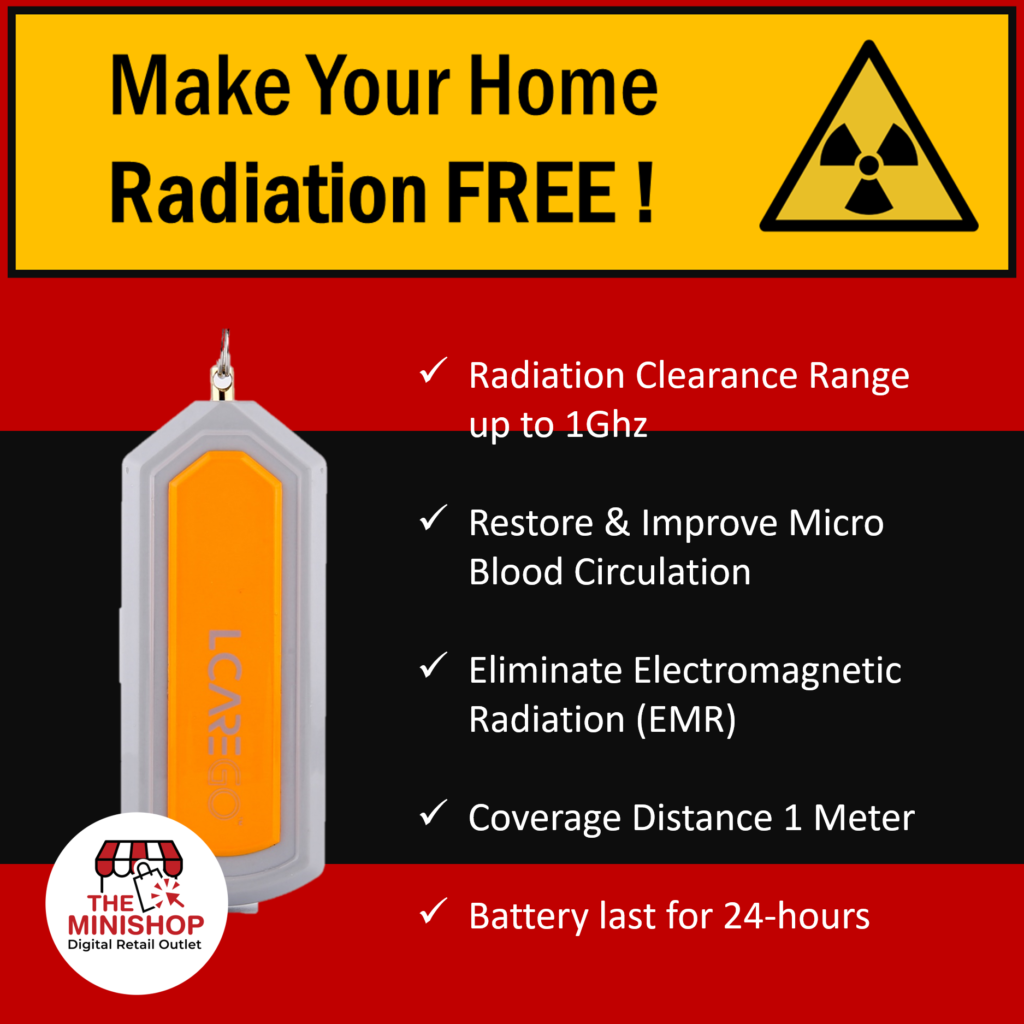 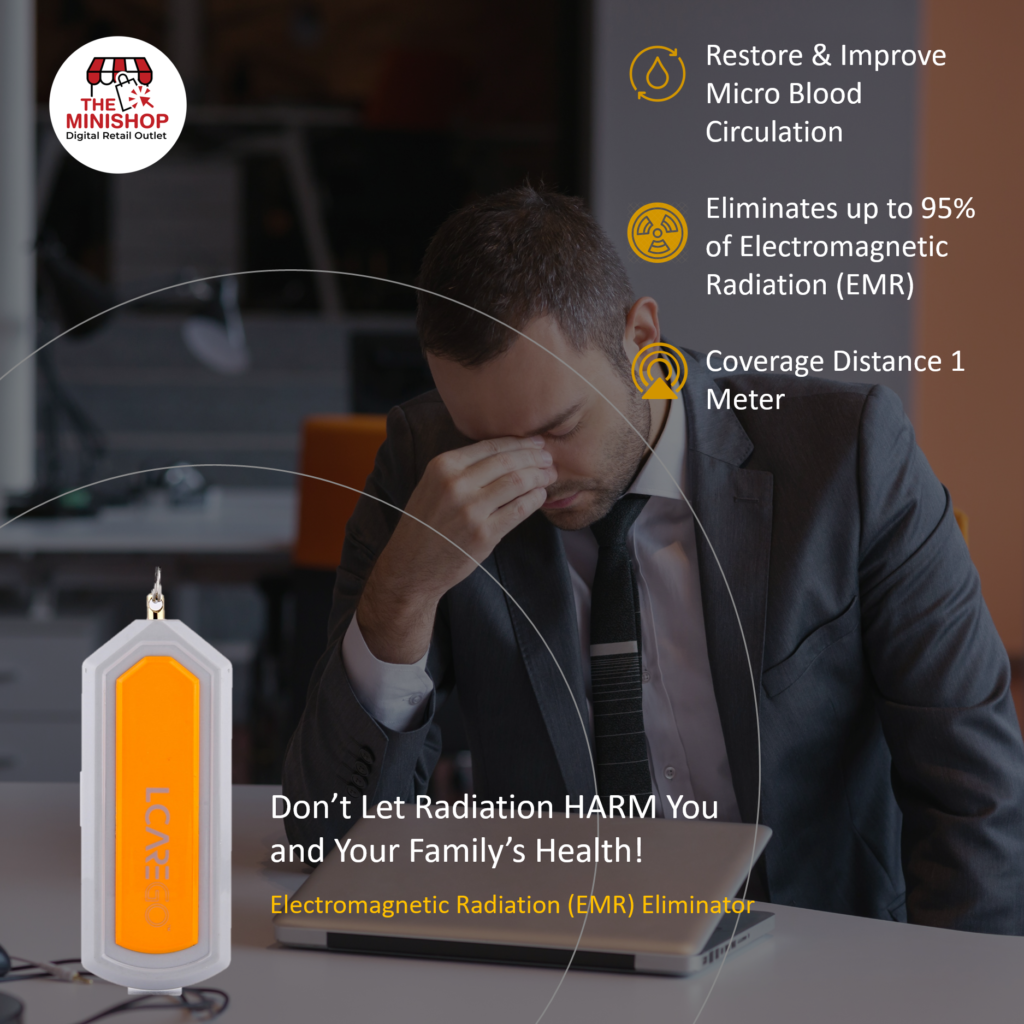 Shield Go is a battery replaceable device, specifically designed using ultrasonic welding technology to avoid screw marks on it which will give great aesthetic pleasure to the user.

– Radiation clearance range up to 1GHz 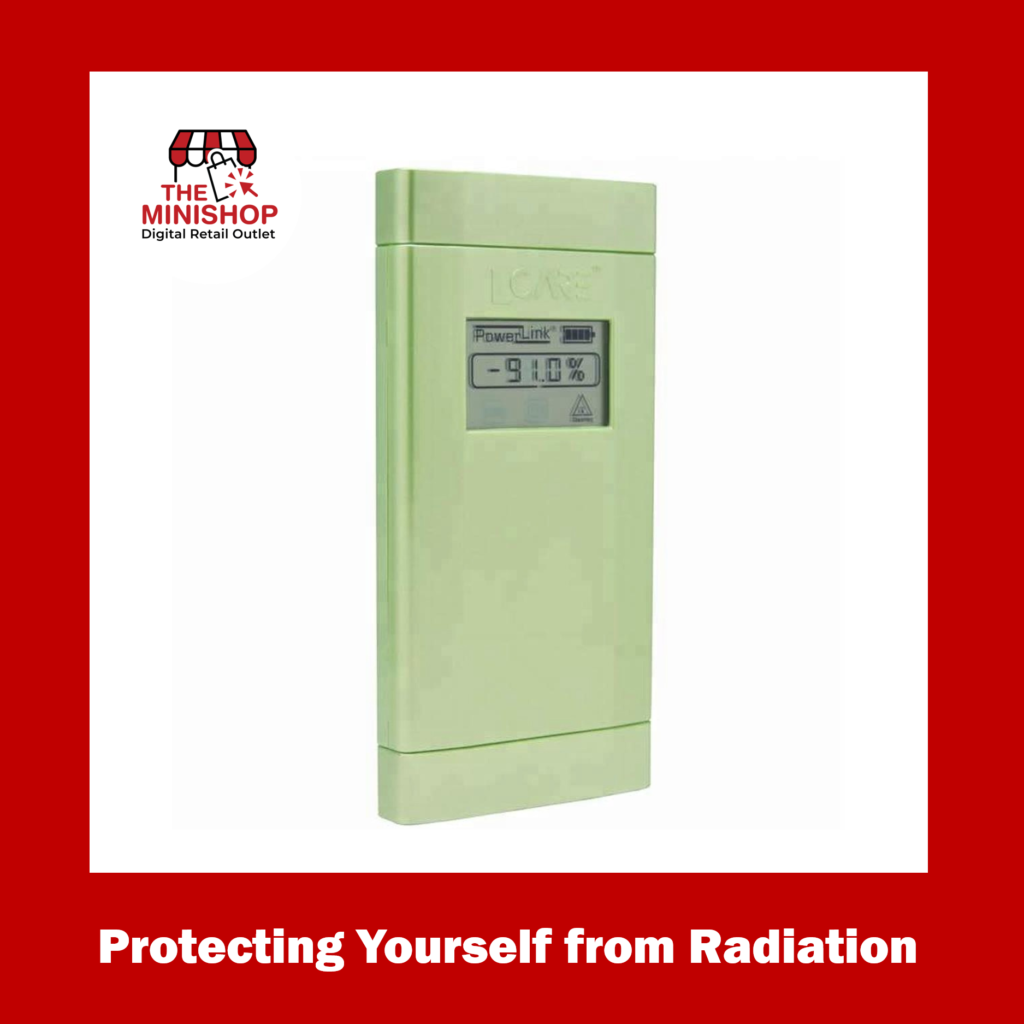 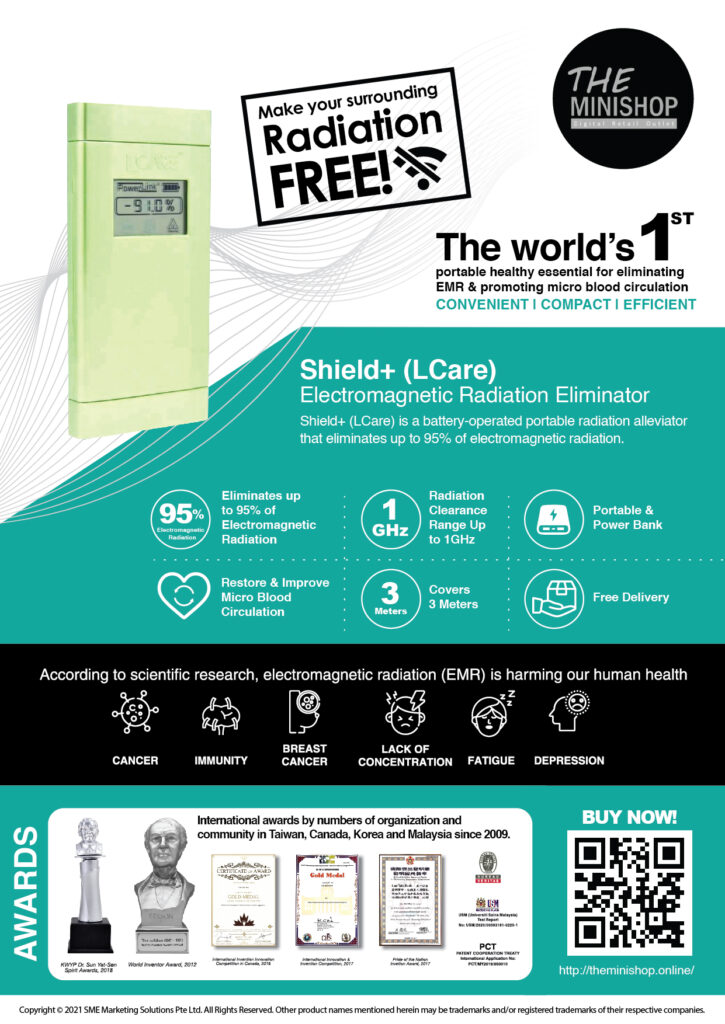 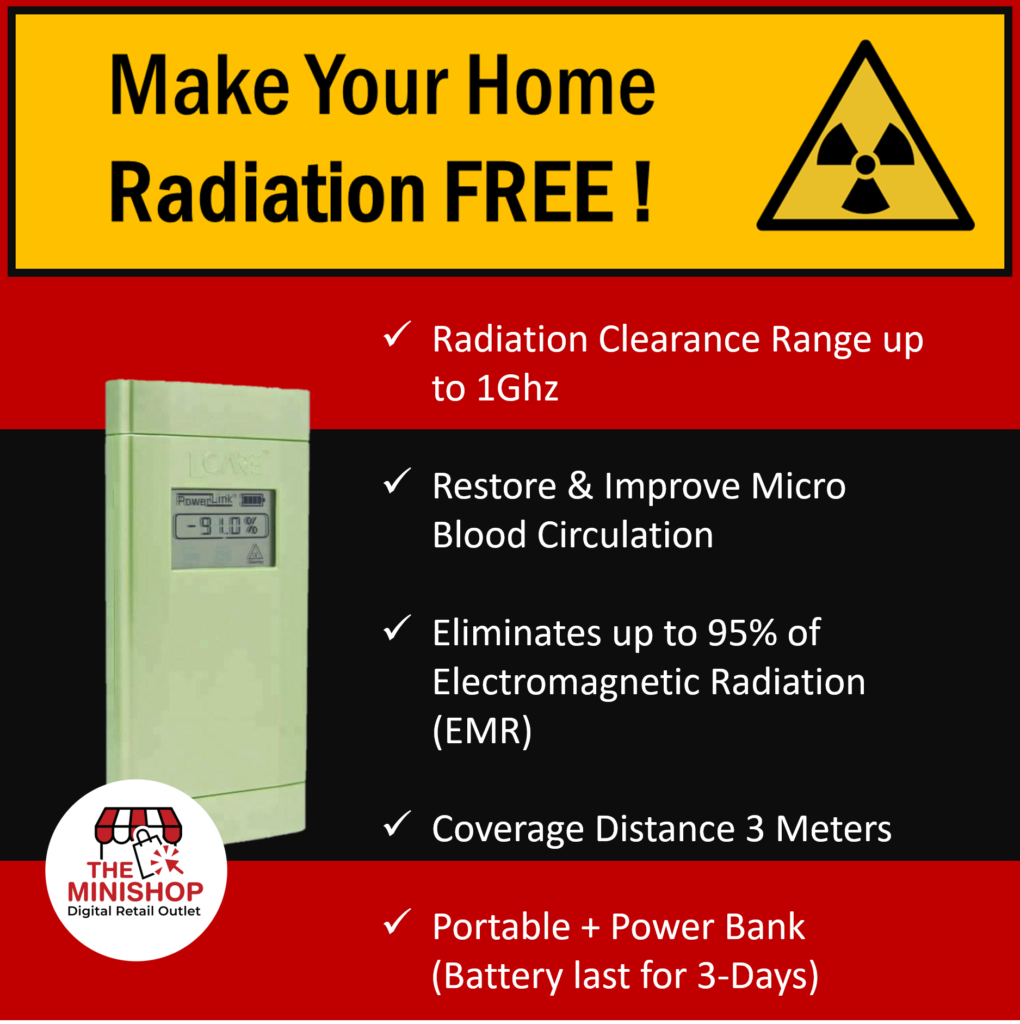 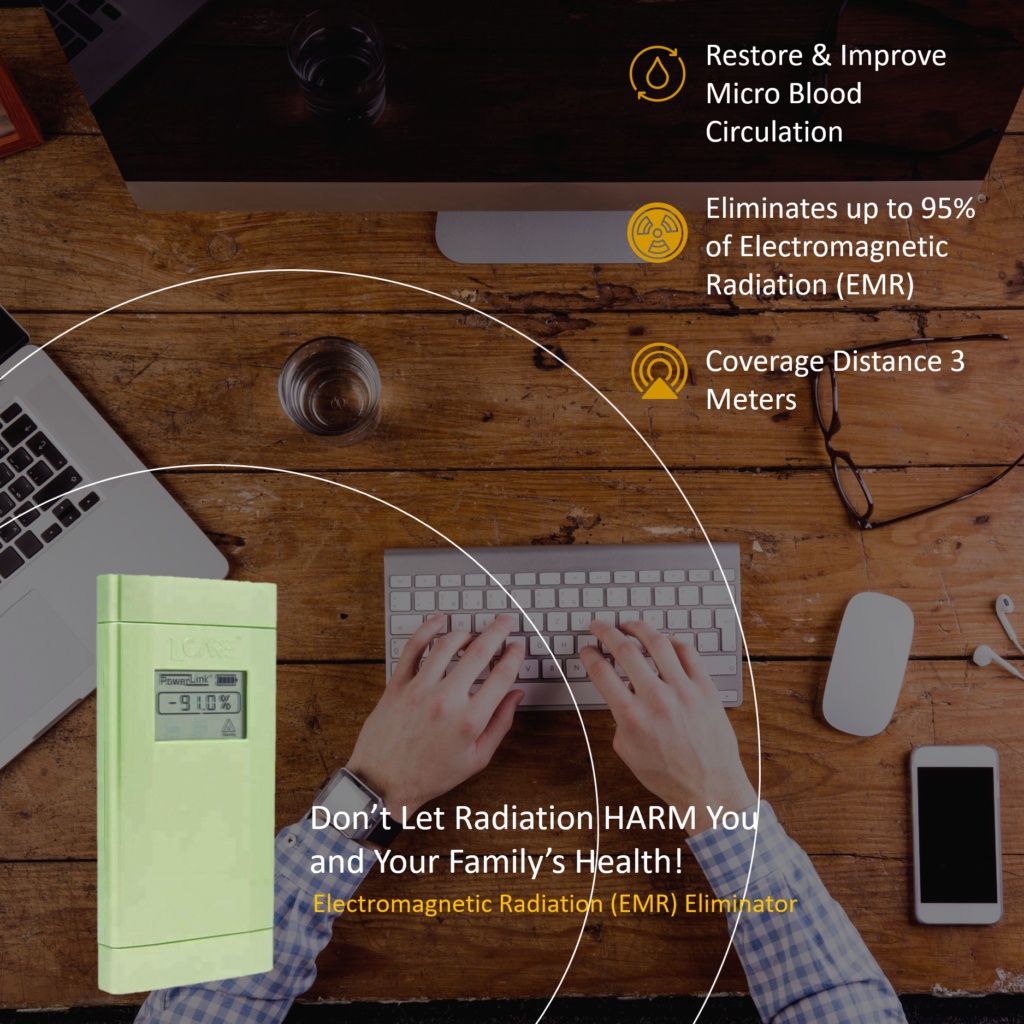 Shield+ is a battery-operated portable radiation alleviator that eliminates up to 95% of electromagnetic radiation, with a radiation clearance ranges up to 1GHz. 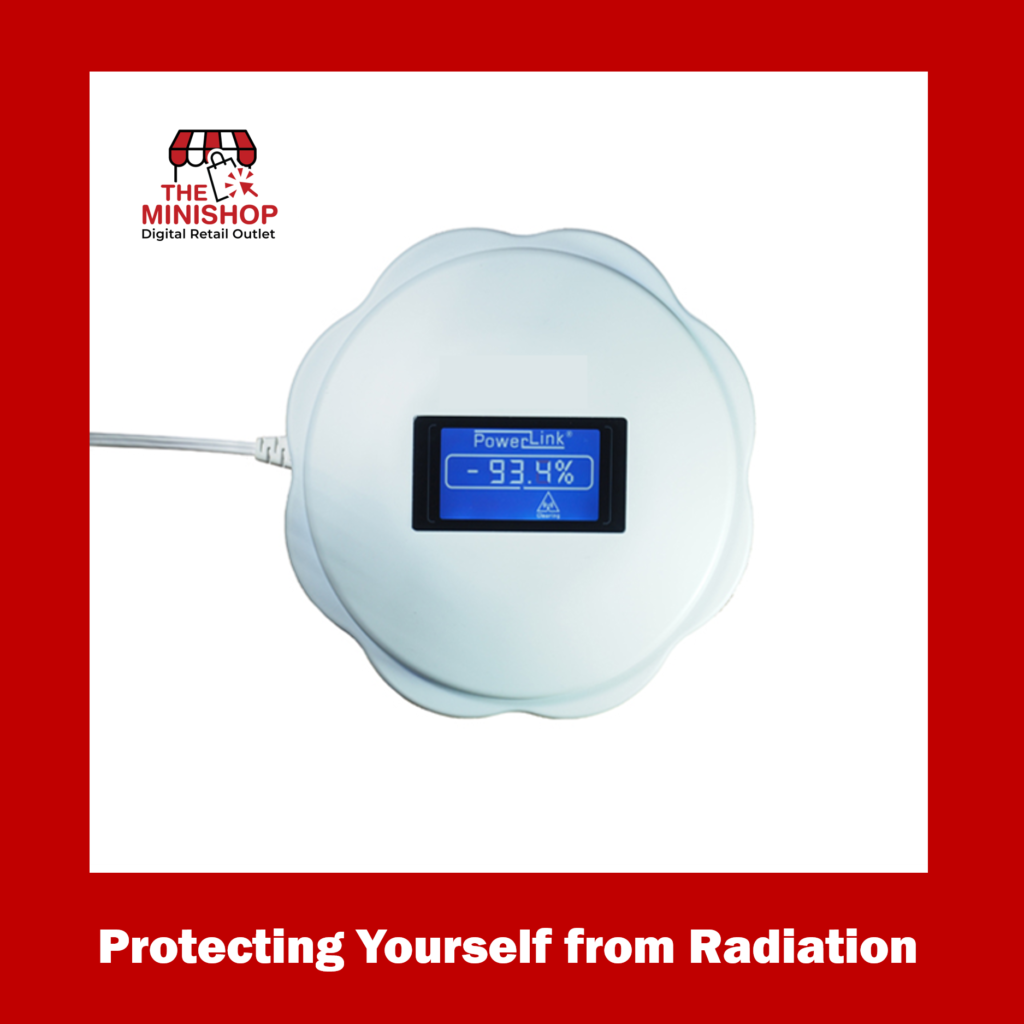 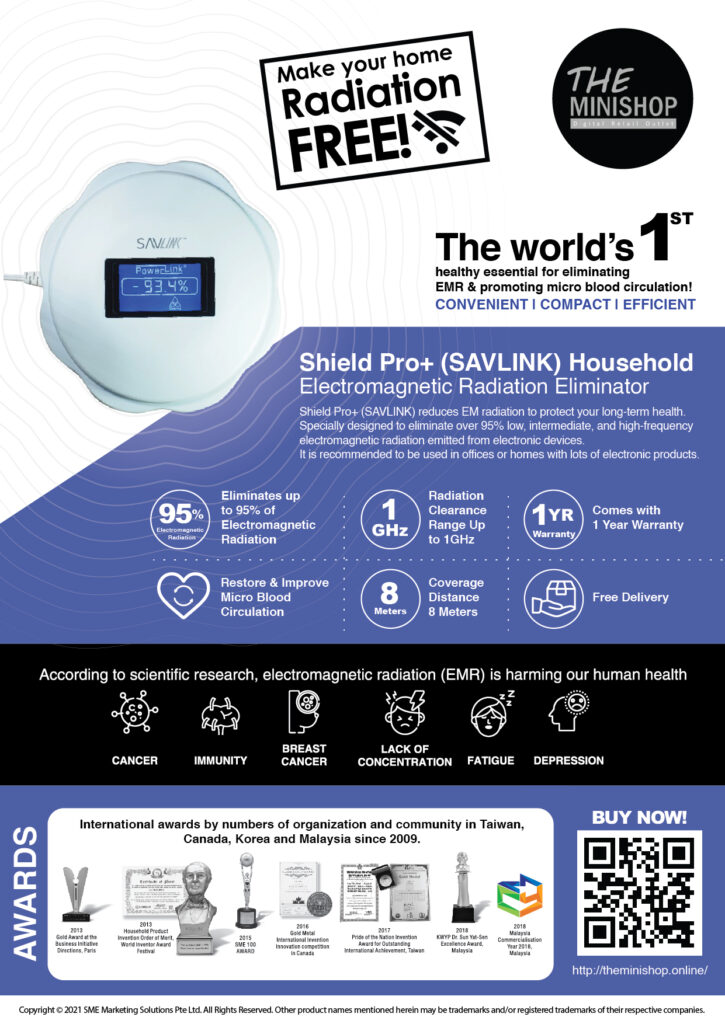 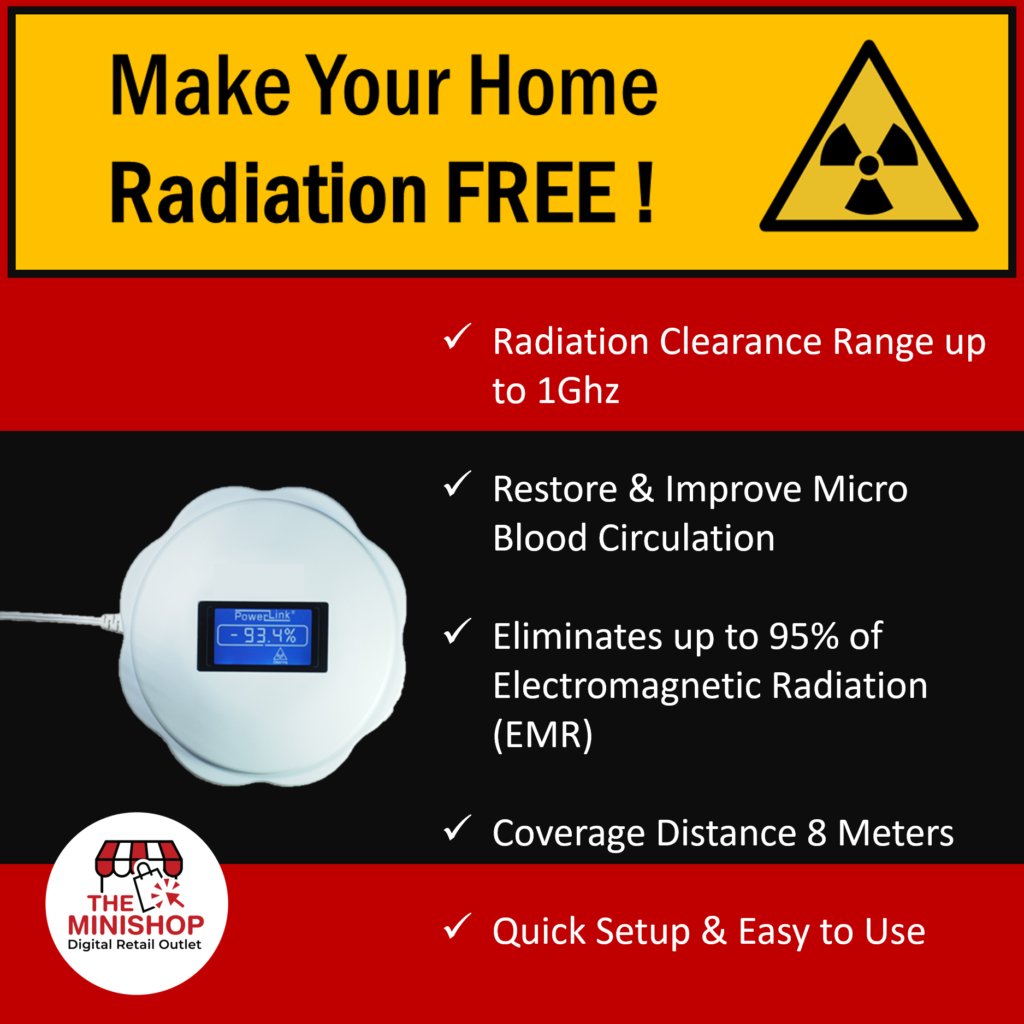 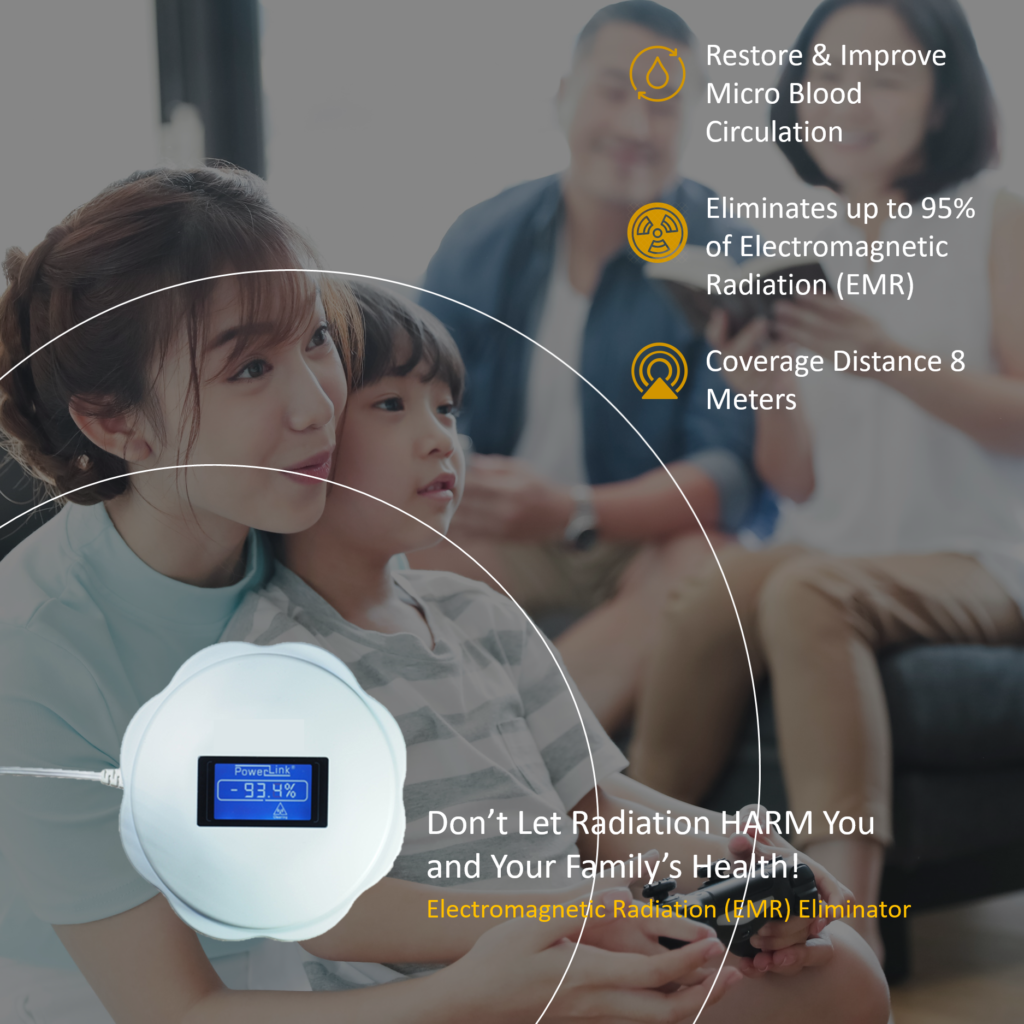 Shield Pro+ (SAVLINK) reduces EM radiation to protect your long-term health. Specially designed to eliminate over 95% low, intermediate, and high-frequency electromagnetic radiation emitted from electronic devices. It is recommended to be used in offices or homes with lots of electronic products.

– Radiation clearance range up to 1GHz